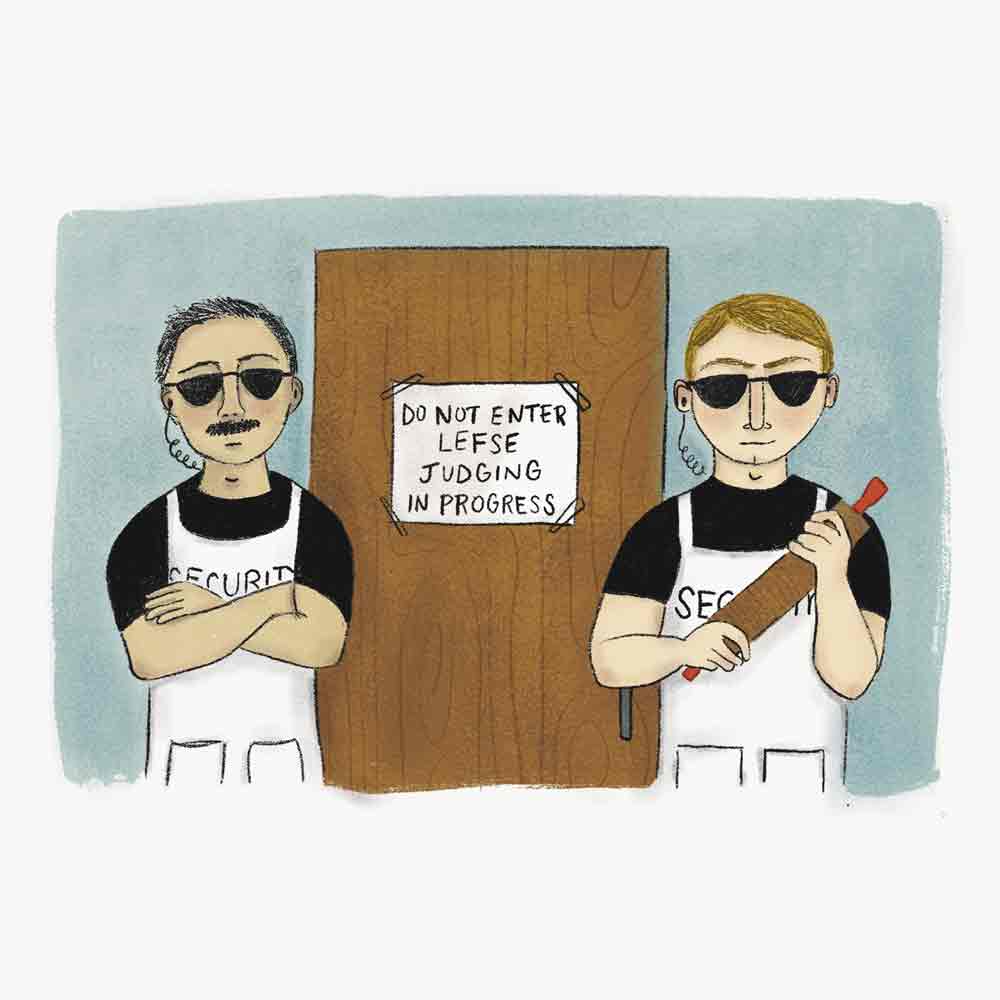 Margaret Ann Thompson called last week and asked, “What do you know about lefse?”

“Uh, a lot,” I said. I mean, I teach lefse classes and I’ve written two books on lefse: The Last Word on Lefse in 1992 and Keep On Rolling! Life on the Lefse Trail and Learning to Get a Round, which was released this week. But Margaret Ann knew that. I had gotten to know her as I researched Keep On Rolling! so she was well aware of my books. Something was up.

“Well, how would you like to be a judge for the National Lefse Cook-off?” Margaret Ann is chair of the cook-off, which will be a big draw at Friday’s Potato Days in Barnesville, Minnesota. I will be there both Friday and Saturday selling my four books on lefse and lutefisk, illustrations from Keep On Rolling!, heirloom lefse rolling pins, and copies of the musical score “Keep On Rollin’”.

I said I would be glad to serve as one of the three judges. But now, a few days after Margaret Ann’s call, I have second thoughts. This may be an assignment fraught with peril.

First, I’ll be judging lefse? I have trained myself to judge not, especially not anyone’s lefse. I have always thought it best to applaud all efforts to make lefse no matter how well it turned out. So, can I make the gut-wrenching calls required of judges in a National Lefse Cook-off?

Second, I won’t be able to observe the cook-off. Judges are sequestered so that we will only be judging the lefse’s taste and appearance, not who made the rounds. So, I’ll bring a book. I am enjoying Minnesota Senator Al Franken’s Giant of the Senate.

Third, I’ll have to vote and skedaddle. Margaret Ann says it is not unheard of that non-winners squawk and hunt down judges, demanding answers. Therefore, she says judges make a habit of hightailing it out of Hildebrand Hall, where the cook-off occurs. Good thing I run for exercise.

Oh, what we don’t do for love, the love of lefse! Pray for me, that I have sound judgment and fleet feet.